Advancements in Propulsion Technology and Airframes

Onboarding a battery-based propulsion system in an aircraft necessitates, improvements in battery technology, redesigning circuitry within the airframe and the resultant modification of airframes 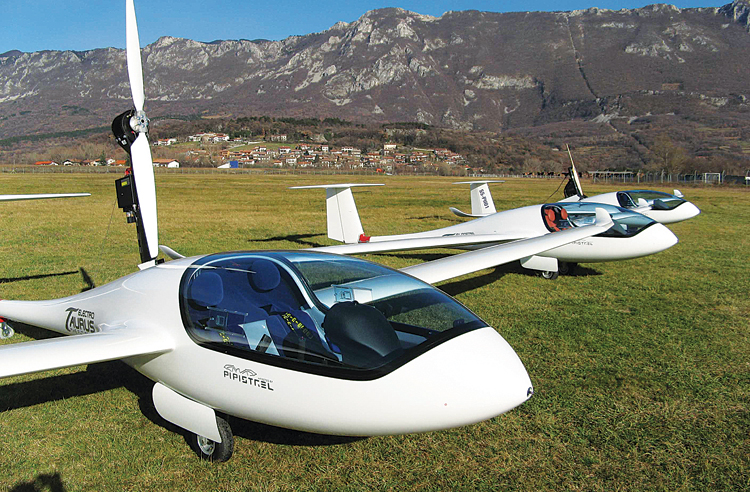 Recently the European Union released a study report which stated that aircraft contribute about 3 per cent of the total greenhouse gases over Europe. It is a fact that Aviation Turbine Fuel (ATF) has the biggest carbon emission footprint in the aviation sector. Compared to this, an electric battery has a minor carbon footprint. However, for the given mass of ATF and battery, the ATF produces more energy per gram of fuel consumed vis-a-vis that of a battery.

Therefore, it is economical to run an aircraft on ATF rather than on battery power. However, in an environmentally conscious aviation sector, in the coming decades, battery power will propel aircraft due to its non-polluting nature. Accordingly, most aircraft manufacturers are trying to source better quality batteries that can generate more power for the given product mass and compete with ATF in performance. Battery inductions necessitate, a requirement of newer airframes, modified power output control systems, use of superconductors, different grades of electrical wires within the aircraft, heat dissipation requirements and more advanced avionics to optimise the power generation by a hybrid or mix of engines where electric power and ATF fuel is used simultaneously to achieve the desired flight performance.

It can be said with certainty that, the future of aviation power pack management lies in utilising batteries that are better than what are available today. Onboarding a battery-based power pack management system in aircraft necessitates, improvements in battery technology, redesigning circuitry within the airframe and the resultant modification of airframes.

The currently available lithium-ion and sulphur air batteries are being improved upon for reducing their weight while increasing their electricity output and consistency. A battery is heavy and requires constant fuel consumption to haul it for the entire duration of its flight, unlike in the case of ATF. This is so because with each flying minute less amount of fuel is required to sustain the flight as the fuel mass is being progressively burnt away and converted into gases. So, the aircraft gets lighter by the minute as it flies. A battery’s latent energy storage is poor in comparison to ATF. So, there is a requirement of producing lightweight batteries having aviation-grade safety standards. It should also have a higher specific impulse per gram of its weight than ATF.

The batteries today have a gravimetric energy density of less than 300 Wh/kg. They cannot even power an ATR-42 engine. Current research and developments have produced battery prototypes having a gravimetric energy density of about 500 Wh/kg of energy rating. It is expected that by the year 2060, scientists will be able to produce commercial batteries for the aviation sector with a power rating of 850 Wh/kg.

In May 2020, the United States proved the concept of battery-powered flight when it flew a nine-seater Cessna Grand Caravan aircraft fully powered by a 560 Wh/kg battery. It flew for about thirty minutes and covered about 500 miles. Therefore, it is possible to commercially operate small-sized aircraft between Delhi and Amritsar or from Bengaluru to Mangalore successfully.

A much larger proof of concept was carried out when a Siemens-built E-Fan X hybrid electric motor replaced one of the conventional ATF-consuming engines of a Boeing aircraft and was successfully test flown. This engine motor was powered by a 700-kilowatt lithium-ion battery which was used effectively during take-off and climbing.

With the introduction of electric and hybrid propulsion technologies, there is a requirement of redesigning aircraft and their material components.

It is a known fact that a battery’s temperature rises and its efficiency reduces, when its power is consumed. So, they have to be cooled using special coolants. The electric engines too, heat up when using electricity. Their performance parameters also alter with temperature. A hot motor tends to draw more current. Consequently, superconductivity and cryogenic cooling technologies may be used to keep the batteries and engines cool to, derive optimum output in terms of thrust generated by motor operations.

Furthermore, the complete electricity flow circuitry on account of hybrid and electric motors have to be redesigned in conventional aircraft. This is due to the fact that with changes in the electrical circuitry; there will be differences in the way static electricity is generated; strong electromagnetic radiation generation, may affect the controls and the sensors of the aircraft. Moreover, re-laying of electric wires to move the current from the established locations will be necessitated. These batteries and wires will add to the weight of the aircraft which will have to be in consonance with the center of gravity of the redesigned aircraft.

In a conventional aircraft, ATF burning parameters in engines are well established. The engine performance could be predicted and controlled to get a level flight with the optimal fuel burn per kilometer. However, with the varying output performance of an electric motor in a hybrid-powered aircraft; the complete algorithm for the power pack management of the four engines of a commercial liner has to be re-worked.

Mounting batteries inside the aircraft will increase its weight. This can be offset by either reducing the useful, revenue-generating, passenger seats which is not recommended or alternate methods of weight reduction of the aircraft’s fuselage will have to be undertaken. Furthermore, composite materials and better airframe materials maybe required to house the mass of these batteries. This will have a very profound impact on the airframe design.

The batteries for quick change over and stability are best fixed partly inside the fuselage and partly in the engine mounting pods on the wings of an aircraft. This will reduce the laminar flow of wind over the wings of the aircraft, thus reducing the lift if mounted externally. Alternatively, they can be mounted along with the aft engines of an aircraft to get the full lift and minimize the need for rewiring.

Of late, the advent of biofuels has gained considerable impetus, especially in light of the ongoing Climate conference. The world knows that petro products have limited availability and their prices are increasing by the month. Hence, alternate fuels or fuel additives need to be added to reduce ATF costs and usher in a sustainable supply of aviation fuels. That is why biofuels have caught the attention of the aviation sector. The use of these additives has introduced the need to have tweaked airframes and novel aero engine designs because their burning properties are different from the conventional ATF.

In addition to the aforesaid, biofuels are also seeing the light of the day due to governmental regulations being introduced to reduce the burning of fossil fuels. The Governments are providing subsidies and fiscal incentives to the farmers to switch crops to produce more biofuels.

Another reason for biofuels gaining popularity includes their logistics cost. This is so because, refineries are located at remote locations, far away from airports and population centers. So the cost of transshipment of the ATF to the airports is high. Once biofuel producing organic plants are grown near the airfields, then, the logistical cost to bring the biofuel, to the blending plants near the airports, to make amalgamated bio aviation fuel, will also be less.

International Energy Agency (IEA) has predicted that the consumption of biofuels will increase by atleast 41 billion liters between the period 2021-25. This is about 20 per cent more than what was produced during the pre-covid era. It will be prudent to assume that some portion of this increment will also pertain to the blended ATF usage.

With the introduction of electric and hybrid propulsion technologies, there is a requirement of redesigning aircraft and their material components

Accordingly, it can be said that, biofuel blends to the ATF are a necessity for the aviation. So now, the aero engine manufacturers have to modify their aircraft engines to convert the specific impulse of each mili-liter of biofuel blended ATF, into maximum revenue generating thrust for their aircrafts. Furthermore, the volume cum density figures, of the biofuel blended ATF on board the aircraft will change due to these biofuel additives viz a viz, the pure ATF. This will also impact a bit, on the centre of gravity of the aircraft, once it is fully refueled viz a viz, the conventional, pure ATF. Hence, it will usher in a need for airframe redesign or design modifications, post introduction of blended biofuels, that, will have a different viscosity, flammability and specific gravity. This is so because, once the centre of gravity of the aircraft shifts then, the flight stability as hitherto fore will also change.

So to maintain the same flight profile and to get the same sensor readings; the pilot will have to alter his drift, roll and pitch controls. This automatically will increase the fuel consumption even at cruising altitudes. Consequently, this additional controlling activity will shave off some profitability of the airlines through enhanced fuel burn.

It hence is evident that the aircraft manufacturers will have to tweak their airframe and aero engine designs to adapt to the new fuel realities.

Fifth Generation (5G) technology for wireless communication within the aircraft will be the next technological advent, to improve fuel related flight efficiency. As the generation (G) of signal transmission improves, so does the volume and speed of data being transmitted too becomes better. Moreover, the delay in data transmission also known as latency, too reduces. Consequently, the data read by the IoT sensors can be quickly transmitted through, the on board built 5G based, data transmission systems to the microprocessors and generate flight orders to the autopilot or as visual or vocal clues to the pilots to alter their flying parameters. The speed with which the data transmission and the associated latency change with the shift in the signal transmission technology generation (G), can be seen in the table hereunder.

So, faster the sensor readings reach the microprocessors on board, faster will the decision be taken in preparing the landing perspectives of the aircrafts. This will also enable the pilots to plan and execute soft landing or a soft touchdown. This will further enable the aircraft to reduce its fuel burn and reduce its cost of operation on a second to second basis as, the fuel guzzling engines, will now operate at the optimal fuel consumption levels.

Incidentally, the 5G technologies, will also enable the onboard flight sensors data to be quickly integrated with the metrological conditions being beamed by the ATC and the other beacons at and around the airport. Once all this information is collated, integrated, and assessed on a real time basis, then, the pilot can control his aircraft in a much safer manner. This is particularly important while flying in adverse environmental conditions while touching down. The introduction of this safety aspect, can be bartered with the airline insurance companies, to reduce premium outgoes. The latter will mean, more competitive ticket pricing, which will translate into an enhanced market share of passengers.

Zorawar Singh, an engineer feels that strong, resilient, tubular-shaped sealed batteries could selectively be engineered, which would constitute the airframe itself. They would thus, replace the strength-giving, deadweight airframe tubes with shaped strengthening tubes shaped batteries, that will also provide electricity while bearing structural loads. This will optimise the all-up weight of the aircraft while providing clean power and minimise the airframe reshaping issues.