Indian Aviation on the Fast Track 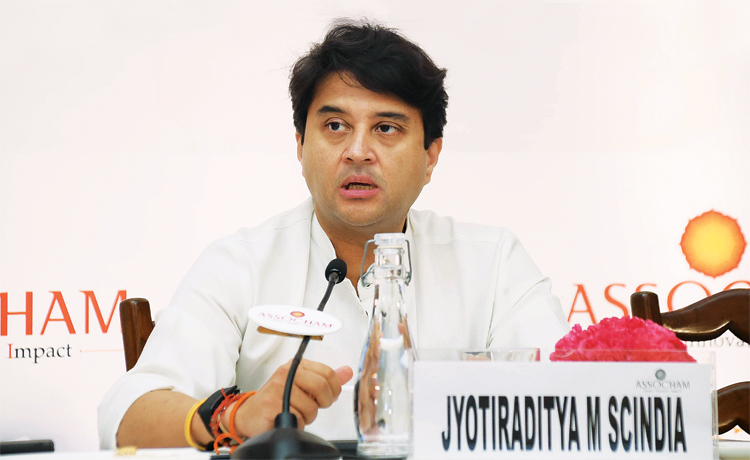 Jyotiraditya M. Scindia, Minister for Civil Aviation reiterated that the government is continuously working to put in place new policies and removing impediments to enable faster growth of the industry

India has been one of the fastest growing aviation Industry in the world during the last decade and is expected to overtake other developed world countries as the world’s third-largest air passenger market by 2030, according to the International Air Transport Association (IATA). Government of India is fully supporting this expansion and driving it with policy initiatives, vision and target, with priority areas such as:

ASOCHAM organised CEOs’ Roundtable brought together key industry leaders from the aviation sector and was presided over by Jyotiraditya M. Scindia, Minister of Civil Aviation

In view of these developments in the Aviation sector, ASSOCHAM organised a CEOs’ Roundtable on August 23, 2022 at New Delhi which was presided over by Jyotiraditya M. Scindia, Union Minister of Civil Aviation, Government of India. The objective of this round table was to share macro industry’s pain points, specific solutions for the government to relieve stress from Civil Aviation Sector and ensure robust growth over the next decade. Sectoral representation included Airline, Aircraft Manufactures, Airport Developers, Cargo Industry, Freight forwarders, Drones, Ground Handlers, MRO, MSME (ancillary providers) etc. 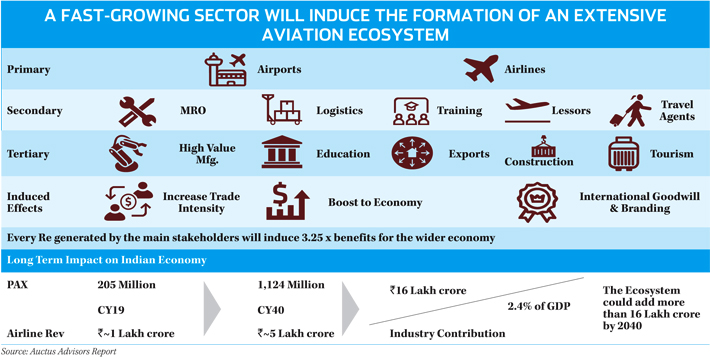 Deepak Sood, Secretary General, ASSOCHAM delivering his welcome speech said, “This platform is crucial for the aviation sector as an enabler of growth and aviation will play a significant role in the development of India as a nation. The sector is hit hard by the pandemic and is currently under stress, but it has shown resilience and has regained the growth trajectory.”

“Interactive forums like these helps the government in more effectively playing its role as a facilitator. Now, is the time to plant the full eco-system of civil aviation firmly in the ground. Growth opportunities for airlines are tremendous as passenger volume will double from 200 million currently to 400 million over the next 7 to 10 years”, said Jyotiraditya M. Scindia, Union Minister for Civil Aviation at the CEOs’ Roundtable discussion. 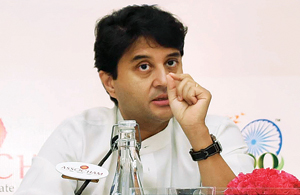 “Much of the growth in the future is going to come from the regional airports. Growth in non-metro airports has jumped to 31 per cent at present.”
—Jyotiraditya M. Scindia, Union Minister for Civil Aviation

“Aviation competing closely with the railways in the air-conditioned segment. The railways today carry 125 million passengers in 1st and 2nd AC, airlines on the other hand carried 144 million domestic travelers before the pandemic and in the next 5 to 10 years, civil aviation will carry the bulwark of transportation for this limited section. Railways is growing at 5.6 per cent CAGR while civil aviation is growing at 10.3 per cent CAGR.” the Union Minister said.

“From a fleet size of roughly 400 aircrafts in 2013-2014, it has grown to about 700 aircrafts now and we are adding a delta of almost 15 per cent per annum, which means fleet size will grow to 1,200 in the next five years. We had just 74 airports in 2013-2014, we have added 67 airports in the past eight years alone. Much of the growth in the future is going to come from the regional airports, the growth rate in metro airports is about 7.8 per cent in 2010-2015 and has remained in that vicinity. Growth in non-metro airports has jumped from 10.8 per cent in 2010-2015 to 31 per cent at present. The government is continuously working to put in place new policies and removing impediments to enable faster growth of the industry.” he added.

In a report “Civil Aviation: The Roadmap for Robust Growth Over Next Decade” presented by Auctus Advisors at the CEOs’ round table, they compared Indian market with top aviation markets across the world and found that Indian Aviation is underpenetrated compared to other populous countries like China and Indonesia. This was largely due to relatively lower per capita income levels in India compared to China and Indonesia. However, the Indian aviation market holds immense potential given the rising income levels & its vast population. 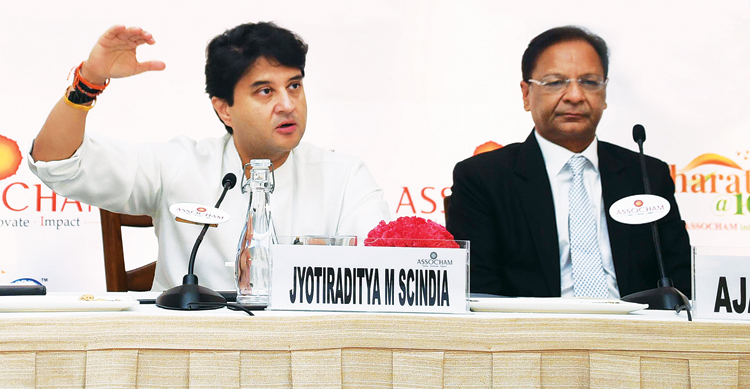 Jyotiraditya M. Scindia, Minister of Civil Aviation explaining the growth curve of the Indian Aviation sector to the audience

The report mentioned that for the Indian aviation to grow multi-fold over the next couple of decades, harnessing international traffic will be crucial and development of hubs is critical for growing international traffic from India. The country has the advantage of ‘Location’ and investing in Hub creation will lead to multiple trickle-down benefits. The report also highlighted the benefits of ‘Regional Connectivity’ in developing the aviation sector and realising the ambitious passenger forecasts. A better regional connectivity will directly and indirectly result in economic benefits for remote areas. Overall, a fast growing sector will induce the formation of an effective and extensive Aviation ecosystem which will have a long term impact on the Indian economy.

Speaking in the interactive session, Ajay Singh, Chairman and Managing Director, Spicejet said, “The government and Civil Aviation minister has been very proactive in engaging with the sector, they have given us their time and have been aggressively espousing the requirements of the sector. We have been talking about this whole concept of taxes on fuel for the longest time and it is Minister Scindia who has reached out to the states and got many of them to reduce the VAT on fuel from 25-30 per cent to 0-5 per cent. The success of the Regional Connectivity Scheme, success of the Air India divestment too can be attributed to the minister”. 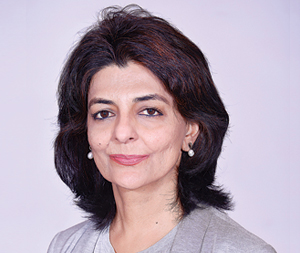 “There still is a huge untapped potential in regional connectivity. Understanding the nuances of regional aircrafts and regional jets is the first and foremost step.”
—Ashmita Sethi, President & Country Head, Pratt & Whitney

Ashmita Sethi, President and Country Head, Pratt and Whitney said, “There still is a huge untapped potential in regional connectivity. Understanding the nuances of regional aircrafts and regional jets is the first and foremost step in understanding how we can support this geography and the government plays a vital role in this by including key societal mission into regional connectivity”.

A compilation of industry recommendations which includes inputs from various stakeholders was also submitted to the Minister for his consideration.