Pratt & Whitney GTF engines have achieved the reduction of carbon emissions by 20 per cent, reduction of noise footprint by 75 per cent as also reduction in maintenance costs 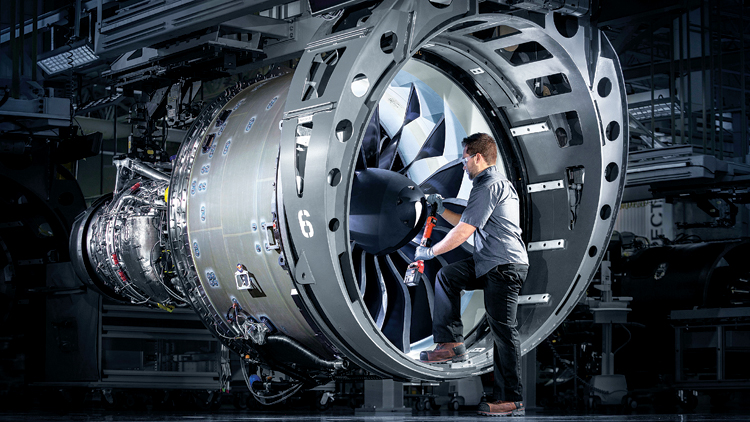 It can be said without an iota of doubt that the greatest happiness brought to human beings was by the invention of airplane by the Wright brothers. The next big change in all probability can be said was with the invention of the jet engine which enhanced the speed of air travel to unimaginable levels. However, today we can say without any doubt that the greatest invention that has taken place after the advent of jet engines is the launching of the Pratt & Whitney Geared Turbofan (GTF) series of jet engines. Colloquially speaking, this engine consists of a series of models that can be referred to as the Pratt & Whitney 1000 series GTF jet engines.

Pratt & Whitney is a unit of Raytheon Technologies. It has lived up to its legacy of being considered as the world leader in propulsion technologies through its design, manufacturing and innovations in the field of aircraft, helicopter engines and auxiliary power units. The latest venture of this company is the introduction of the Pratt & Whitney Geared Turbofan (P&W GTF) engines which have ushered in low engine noise levels, decreased carbon emissions, improved fuel efficiency, lower maintenance costs and have laid the threshold for the introduction of the next generation of aero engines.

A traditional jet engine consists of a coaxially mounted fan in the front and a turbine at its rear. Consequently, both the fan and the turbine, spin at the same Revolutions Per Minute (RPM). Incidentally, the effectiveness and efficiency of the jet engine depend upon the quantum of air that the fan can pull in and the turbine’s ability to expel the hot, burnt fuel gases. As the fan and the turbine revolve at the same angular movement, the input to output efficiency ratio of the flowing gases can only be enhanced by the designing of the venturi and an aerofoil shape inside the engine. So, a higher amount of air intake from the fan, which is a direct result of the diameter of the air intake aperture, will enable a higher amount of thrust to be generated from the engine turbines. This increased air intake creates higher noise and vibrations in the fan. In order to enhance the air intake and its throughput through the engine, the inlet fan has to operate at the maximum possible revolutions per minute in non GTF engines. The high revolutions necessitate stronger blade materials which will become costly and greater will be the wear and tear. This will also reduce the air intake volume at higher Revolutions Per Minute (RPM) of the fan blades. As the fan blades move faster to suck in more air, the noise level of the moving air and the vibrations of the blades cause considerable noise and metal fatigue of the engine components. This is where the remarkable ingenuity, innovation, knowledge of new technology, material sciences and novel conceptualisation through out-of-the-box thinking has enabled the Pratt & Whitney to launch the P&W GTF engines after thorough research, designing, prototyping, trials and commercialisation actions; all within a short period of about twenty years.

The hallmark of the P&W GTF engine success story is the introduction of a gearbox between the forward fan and the rear turbine blades. This way, they have enabled the forward fan and the rear turbine blades to operate at different RPMs. The gearbox enables the fans at the front to operate at low speeds but magnifies the torque by three times for the turbine to spin on. This means that the speed of the forward fan can be reduced which increases the amount of air flowing through the engine, reduces noise, reduces the number of fins mounted on the front fan enabling the fan blades to be made of lighter materials, having lesser number of joints to suck and push the same amount of air, while the rear turbine operates at thrice the RPM of the front fan.

The GTF engine is a gamechanger that Pratt & Whitney has successfully launched to enhance their market share through, comprehensive value addition for all stakeholders

This gearbox enabled speed differential between the fan and turbine effectively translates into lower fuel burn resulting in less carbon dioxide emissions, reduced RPM of the front fan, while, at the same time achieving the same amount of thrust as was achieved by a coaxially mounted fixed or rigid fan with a turbine at its rear. This unique and very promising profit-generating avenue for the airlines has emerged out of about twenty years of Research and Development by Pratt & Whitney.

Of course, various challenges did surface during the designing process. As the fan and turbine operate at different temperatures and speeds, the shaft on which they are mounted, had to be further strengthened to avoid heat and motion-based metallic distortions. New materials and better quality seals were introduced to retain the effectiveness of this invention for longer periods of time. In addition, the gearbox was designed in such a way that it minimised its Maintenance, Repair and Overhaul costs. All it requires now is a periodic oil replacement. 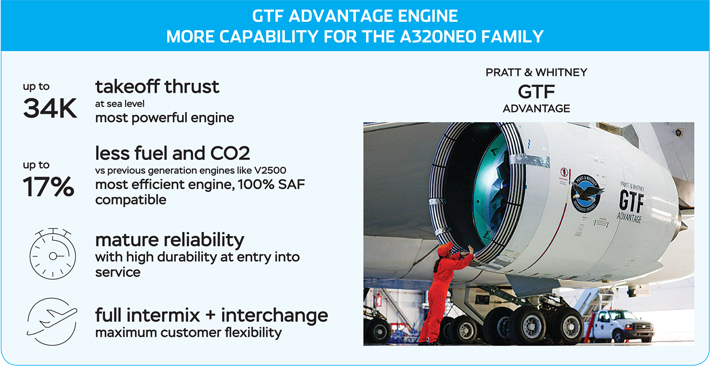 The differential RPM between the fan and the turbine enabled a higher air bypass ratio of the cool air entering the engine to enhance its efficiency considerably. The use of advanced materials, hybrid electric configurations of various components resulted in better operational efficiency of the GTF engines. These facets have translated into lowering of fuel burn, reduction of carbon emissions and noise. Furthermore, Pratt & Whitney has accomplished successfully the use of a hundred per cent Sustainable Aviation Fuel. This further reduces its carbon footprints by up to 20 per cent and noise footprint by about 75 per cent, as also achieve emissions up to 50 per cent of the Regulatory Standards set by the Committee on Aviation Environmental Protection (CAEP).

The P&W GTF 1000 series of engines are capable of producing 67 to 151 kN thrust. The gearbox on these engines is rated between 16,000 HP to 32,000 HP. With a ratio of three to one between the fan and the turbine, the latter can spin up to 20,000 RPM. Accordingly, the PW1431G variant has a compression ratio of 42. The lower spinning rate of the front fan reduces the tensile stresses on the blades and the cost of casting the aluminum alloys needed for making the fan. The A320 PW1100G fan has twenty blades compared to thirty-six blades that are mounted on a CFM 56–5B engine. The cost difference between these engines would be self-evident. 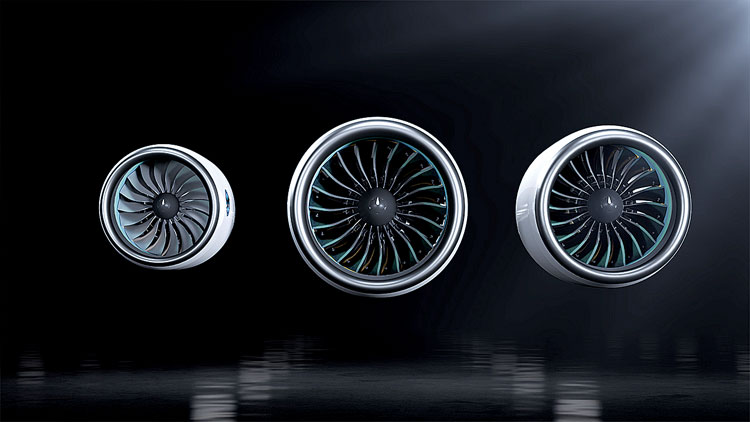 So far, these Pratt & Whitney GTF engines have been fitted onto Airbus A320neo, IRKUT MC–21, Airbus A220, Embraer E-Jet E2 family and Mitsubishi Regional Jets. Pratt & Whitney currently commands close to 36 per cent of the aero engines being sold worldwide. The GTF engine is a game-changer that Pratt & Whitney has successfully launched to enhance their market share through, comprehensive value addition for all stakeholders.

The effectiveness and success of the P&W GTF series of engines can be gauged from the fact that it has reduced fuel consumption by 20 per cent, reduced the noise level by 25 dB as per Stage 4 standards set by the Federal Aviation Administration and would also lower the manufacturing and maintenance costs of the fan blades.

The above aspects in terms of reduction in pollution, fuel burn reduction and noise with the use of the P&W GTF engines, enables the airlines to comply with airport noise regulations and protocols in high traffic but profit-generating airports such as London and New York. It also reduces the fuel burn per passenger which will result in either increasing the duration of flight or enhancing the haulage of cargo for the same fuel burn, apart from reducing the metal failures and stress due to high noise and vibration levels. These aspects will also increase passenger comfort and the quality of flight. It can be said with full confidence that the P&W GTF series engines are a win-win situation for passengers, people living in the city side of airports and profitability of airlines. It will also provide a launch pad for the next version of an advanced jet engine based on gearboxes that leverage motion and energy.