Spurred by the NCAP, NAL has resurrected the RTA-70 project to exploit the immense potential the Indian civil aviation industry has to offer 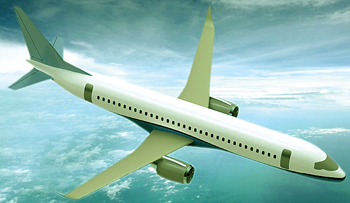 The nine-year-long and a practically failed effort by the Bengaluru-based National Aerospace Laboratories (NAL) to design, develop and manufacture a regional transport aircraft (RTA) in India with a capacity of 70 to 90 seats, has received a fresh impetus with the promulgation of the National Civil Aviation Policy (NCAP). The major thrust of the new policy released in June this year is to provide a boost to regional aviation through enhanced regional air connectivity. This compelling need combined with the ‘Make in India’ campaign of the government has rekindled the prospects of NAL’s dream of an indigenous regional airliner becoming a reality.

NAL and the Indian aerospace major the Hindustan Aeronautics Limited (HAL) had embarked on the RTA project in 2007. Also referred to as the Indian Regional Jet, the basic version dubbed as the RTA-70 was meant to operate on shorthaul routes and was intended to be a competitor to the turboprop airliners from ATR produced by the French-Italian consortium. In the search for an engine to power the RTA-70, NAL had initiated preliminary consultations with the Canadian engine maker Pratt & Whitney as also with General Electric of the US. In 2008, the former President A.P.J. Abdul Kalam had suggested creation of a global knowledge platform in collaboration with selected nations on the lines of BrahMos, to develop quality passenger aircraft needed for the international market. In the same year, the government approved preparation of a road map for the project and had suggested collaboration with renowned global aerospace majors with successful products in this category such as Embraer of Brazil, Bombardier Aerospace of Canada and United Aircraft Corporation of Russia. The tentative date for the prototype of the RTA-70 to be ready was 2013 and for the maiden flight was planned for 2014.

In December 2009, it was announced that the Indian Space Research Organisation (ISRO) would join the programme as a partner to contribute by way of technology expertise, infrastructure and programme management skills as also help prevent errors and cut down delays as has been the experience with projects in the past. The former Chairman of ISRO, G. Madhavan Nair, who since retirement from the space agency, had taken over as Chairman of the Research Council of NAL, a public-funded agency that focused on civil aerospace technologies. He thus had a major say in the project.

The design attributes initially crafted by NAL for the RTA-70 were indeed highly ambitious. With the airframe made fully of composites, the aircraft was planned to be powered by two next-generation turboprop engines. It would have an indigenous fly-by-wire control system, open distributed modular avionics, automatic dependence surveillance broadcast navigation capabilities, advanced displays as well as other modern features. As for the power plant, both jet and turboprop options were considered. The decision by NAL to go for a turboprop engine was driven primarily by their aim to ensure low life-cycle costs. However, on December 23, 2010, it was announced that the government had asked NAL to consider turbojet engines instead of turboprop. It was reckoned that the government was looking at the RTA-70 project as a stepping stone to a bigger and better platform. But the RTA-70 project went into limbo as the government was not prepared to provide Rs. 9,000 crore that was required to bring it to fruition.

In the last week of December 2015, T. Suvarna Raju who had taken over as Chairman and Managing Director of HAL less than a year before, stated publicly that the NAL-HAL RTA-70 project had been abandoned. He attributed the responsibility for the demise of the project to NAL. However, the underlying problem that caused the project to be scuttled was the fact that the two organisations responsible for developing the RTA-70 jointly are controlled by different Ministries of the Central Government. While HAL is under the Ministry of Defence, NAL is controlled by the Ministry of Science and Technology. Given the bureaucratic impediments, the two agencies responsible for the RTA-70 project would have found proper coordination difficult if not impossible to achieve.

In March this year, there was a new twist in the tail when HAL issued a request for information (RFI) seeking a new joint venture partnership for the manufacture of a 50- to 80-seat regional transport aircraft under the ‘Make in India’ scheme. The platform expected to be ready in five years, will have both civil and military versions. In the meantime, spurred once again by the new National Civil Aviation Policy, NAL has resurrected the RTA-70 project to exploit the immense potential the Indian civil aviation industry has to offer. There is therefore renewed hope that the nation may finally get an indigenous regional transport aircraft!