In an aircraft, technological advancements could be to do with the engine, the fuselage, the avionics and more. The technological impact which has a lasting effect on not just the airline but also the environment is the aero-engine. 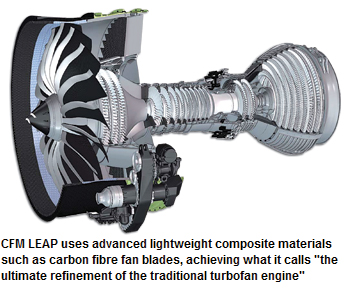 The International Air Transport Association (IATA) has identified the four pillars—technology, operations, infrastructure and economic measures—for the aviation industry to achieve the goals of reducing high-level emissions. Among the four, technological advancements are delivering the highest improvement benefits, leading to a 15 per cent improvement in fuel-efficiency.

In an aircraft, technological advancements could be to do with the engine, the fuselage, the avionics and more. The technological impact, which has a lasting effect on not just the airline but also the environment, is the aero-engine. There is so much work going on in the aero-engine companies, universities and other institutions, firstly to reduce fuel burn and carbon emissions by 25 to 40 per cent on the aircraft that are going to replace the existing ones. In all aircraft size categories, fuel-efficiency is expected to be improved by one to two per cent per annum with the strongest improvements in the large fleets for regional and single-aisle aircraft.

It’s not just the three biggest aircraft engine manufacturers, General Electric and Pratt & Whitney of the USA and Rolls-Royce of the UK, almost all the other players are investing hugely in research and development to squeeze the maximum out of engines in terms of performance, fuel-efficiency and noise level reduction. It is happening across companies as engines are critical to airline business. Any reduction in fuel burn means substantial financial savings. For instance, CFM International has estimated that a Leading Edge Aviation Propulsion (LEAP) engine can save an airline as much as $1.6 million in fuel costs per plane per year.

R&D efforts are underway in several countries, most importantly in China. A Beijing-based Aero Engine Corporation of China (AECC) has initiated efforts in that direction, having employed 96,000 people with an investment of several billion yuan to come up with a next-gen engine. Currently, they are mostly dependent on Russian engines. The Chinese company aims to change that. Liu Tingyi, President, Chinese Aeronautical Establishment, has stated, “We will try to find a path along which we can make independent innovation in conducting fundamental research, making breakthroughs in key technology and producing strategic aircraft engines.” Mastering this technology could allow the AECC to earn a slice of the two-trillion-yuan pie of China’s estimated expenditure on engines over the next 20 years, as well as winning orders from overseas companies, according to a media report.

While China is just scratching the surface, the established players from US, UK and France have established a substantial lead in engine development. In February 2014, Rolls-Royce announced its Advance and UltraFan engine designs to enter service in 2020 and 2025 respectively. Rolls-Royce is racing towards this goal.

Rolls-Royce has stated that one of the most striking advances has been the testing of the composite fan system that will be incorporated into both engine designs. The Carbon and Titanium (CTi) fan blade and associated composite engine casings will replace the hollow titanium blade and its casing to deliver a weight saving of around 1,500 lb on a twin-engine aircraft, the equivalent of seven or eight passengers travelling “weight free”. Composite panels containing electrical harnesses and fitting around the fan-case will also simplify maintenance.

HAVING SET THE STANDARD FOR SINGLE-AISLE COMMERCIAL JET ENGINES, THE CFM56 IS THE WORLD’S BEST SELLING JET ENGINE

It is just one technology that will help the advanced engine design deliver a 20 per cent fuel efficiency improvement, and a 25 per cent improvement for UltraFan, compared to the first-generation of Trent engines. The Advanced Low Pressure System (ALPS) programme has been supported by the EU Clean Sky initiative and continued with noise testing of a second composite fan engine at the Stennis site in November. Testing of the composite fan system was done in 2015 and continues this year on a number of engine vehicles including full engine and rig tests, flutter, noise and ice testing.

It said that the Environmentally Friendly Engine (EFE) programme also provided it with invaluable experience and data in 2014, validating the low emissions predictions for its new ALECSYS combustion system and testing a number of Ceramic Matrix Composite (CMC) components. It has since launched a follow-on demonstrator programme, Higher Temperature Turbine Technology (HT3), which will run in 2016 and aim to deliver the world’s most efficient turbine.

Whilst the UltraFan engine design has a longer timeframe, tangible progress is being made in the investments that are required to bring it to market. Ultimately, a complete UltraFan engine will be tested on a flying test-bed around the end of the decade, again ensuring that the technologies are fully proven in time for its availability for service date.

PurePower: Engine of the Future

With the PurePower PW1000G Geared Turbo Fan (GTF) engine, Pratt & Whitney and MTU Aero Engines are building the engine for the future. The new technology reduces fuel burn and CO2 emissions by 16 per cent and reduces noise footprint levels by 75 per cent.

But this is not where the research effort ends. Just recently, the Leiser Luftfahrtantrieb (LeiLa) or Quiet Aircraft Propulsion project was successfully completed. The big players in the industry joined forces with partners from research and academia to develop innovative solutions already set to be incorporated into the next generation of engines – including the secondgeneration geared turbofan. The work was pursued under the LuFo Aeronautics Research Program funded by the German Federal Ministry of Economic Affairs and Energy, which has been supporting technology projects geared at reducing engine noise for years.

While research has taken many different directions since LeiLa was launched in 2012, the line-up of proven partners remained the same as in previous projects of this kind. These included Airbus, MTU Aero Engines, Rolls-Royce and the German Aerospace Centre (Deutsches Zentrum für Luft- und Raumfahrt or DLR) plus other research establishments. “The ultimate objective of the joint efforts was to effectively reduce engine noise coming from the fan, combustion chamber and turbine in flight situations such as takeoff, cruise and landing, where noise is an issue, using technologies that are feasible,” explains Dr Stefan Weber, Senior Vice President, Technology and Engineering Advanced Programs at MTU.

The newest LEAP engine meets today’s environmental expectations, delivering a 15 per cent fuel improvement, 50 per cent lower NOx emissions and a 75 per cent reduction in noise versus today’s aircraft. CFM has estimated that a LEAP engine can save an airline as much as $1.6 million in fuel costs per plane per year. That is huge when fuel costs account for anywhere between 30 and 40 per cent of operational costs.

Having set the standard for single-aisle commercial jet engines, the CFM56 is the world’s best selling jet engine. And this has not happened overnight as it has built the high performing engine over four decades of experience and technological excellence. With the successful delivery of over 30,000 CFM56 engines, the programme is still going strong. It has reached record production rates and production will continue until all current aircraft orders are filled. GE and Safran Aircraft engines will continue to provide spare engines and parts, and comprehensive through-life support during the CFM56’s remaining service lifetime of over 30 years.