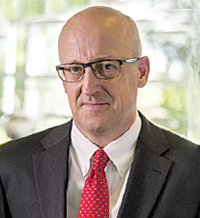 Air connectivity can follow the development of the economy, but most importantly, it can be a driver that prepares the ground for economic development. It is intricately correlated with and contributes to GDP growth, foreign direct investment, employment level, social development and tourism.

We observe that air connectivity has been following similar development patterns in various countries.

Rapid economic development is initially driven by major cities, with creation of international airports, connected together. India is no exception and the connectivity between metro cities is high, with an intense competition driving airfares down.

As this development reaches a mature stage, the pace slows down and regional connections and development are necessary to sustain economic growth. We typically observe the development of hub and spoke models to connect large cities to smaller ones. Indian carriers significantly increased capacity between metros and Tier-II or -III cities and many actually exceed the minimum capacity requirements set in the 1994 Route Dispersal Guidelines. This needs to extend further to create better connections between smaller communities.

Now, regional connectivity is becoming paramount. Development path of large countries has historically taken a decentralised approach and markets like the USA, Canada, Brazil, Europe, China and Japan have strengthened their economies by connecting regional centres together rather than only towards few main business hubs. Moreover, if there is too much emphasis on connecting smaller cities to large ones, it can often translate into a higher attractiveness of the metros at the expense of smaller, less developed towns. 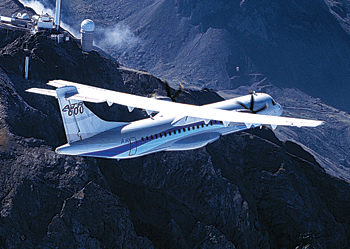 The new UDAN scheme aims at facilitating and stimulating regional air connectivity by making it affordable to an increasing number of Indian citizens. This is a very positive initiative, and a major guideline must be to encourage sustainability of operations in the long-term. In that respect, aircraft selection will be crucial for the success of the proposed scheme.

Large single-aisle aircraft are efficient and offer low costs per seat but will be hard to fill on thin markets. Furthermore, they require runways, terminals and ground support equipment that may not be available in smaller airports. This will result in severe operating losses for the airlines, with or without the support of a Viability Gap Funding. Very small commuter aircraft (less than 20 seats) may have lower costs per trip but a substantially higher cost per seat. Operators flying these airplanes will require a significant amount of subsidies – beyond what is currently proposed. In both cases, the main objectives of the UDAN scheme – to stimulate regional connectivity, make it affordable and sustainable – will be missed.

Under the proposed UDAN scheme, the ATR 72-600 requires less than 30 passengers to generate a profit, making it the right equipment to develop new routes, offer passengers enhanced services and airlines an access to new markets. Most importantly, as demand builds up and reaches levels observed on more mature regional routes, ATR aircraft will not require subsidies and the operations will eventually become viable without any form of government support.

With about 90 per cent of the Indian domestic capacity deployed on routes serving metros and an unprecedented growth of the aviation market, it is the right time to encourage the development of regional air transport. Since 2010, ATR aircraft have contributed to the creation of 100 new routes every year worldwide. The ATR aircraft have explored new markets, stimulated demand and offered the right complement to larger airplanes at off-peak times. ATR estimates that 3,000 routes will open and sustainably develop with turboprops over the next 20 years. No doubt many of these will be in India.

This is why the ongoing efforts of the Indian Government to develop regional aviation will have a very positive impact on the economic and social development of the country. ATR is looking forward to support at its own level such sustainable growth.