The focus of the global airline industry for the next generation airliners will be on technologies that will enhance not only operating efficiency of airliners, but will strive to achieve near zero levels of emission 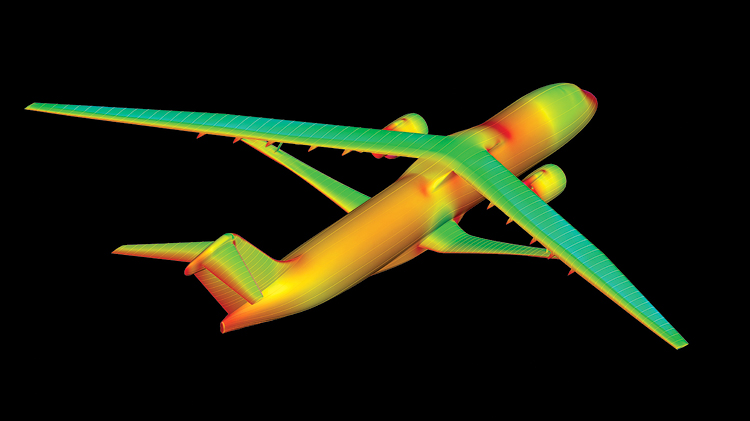 The Boeing Transonic Truss-Braced Wing (TTBW) Airliner: Boeing has launched the project to develop this new platform in collaboration with the National Aeronautics and Space Administration (NASA). This platform features a radically new wing design offering much lower drag.

Over the last 20 years or so, there has been a steady and significant growth in commercial aviation all across the world. A large number of new airlines have emerged on the scene and the existing ones have not only enlarged their fleets of commercial aircraft; but have also renovated them through the induction of newer models of airliners that offer better performance in terms of higher cruising speed, greater operating range, modern engines that provide enhanced fuels efficiency as well as improved passenger comfort. With increasing number of travellers across the world opting for air travel, the airline industry the world over has serviced billions of air passengers both in the segments of domestic and international travel. However, the explosive growth in air travel practically all over the world has also resulted in adverse impact on the environment on account of emission of high levels of gases from the engines of aircraft which is the result of millions of litres of aviation fuel consumed and the low level of efficiency of engines powering the airliners. As per the Environmental and Energy Study Institute (EESI), the emissions from airliners that contain high levels of carbon dioxide are increasing progressively. These emission from airliners consequently serve to pollute and degrade the atmosphere. With the rapid and significant increase in the number of airliners operating in the skies all across the globe leading to increase the density of air traffic, the degree of pollution of the atmosphere has only been increasing rapidly.

The adverse impact that the airline industry has been having on the environment has become a matter of global concern that has driven the manufacturers of aircraft to foray into the domain of advanced technologies to design, develop and manufacture airliners with airframes that not only offer lower levels of drag; but more importantly, the focus is on aircraft engines that are significantly more fuel efficient and have considerably lower levels of emission of gases that are detrimental to the environment. There is definitely an urgent need for the airline industry to adopt measures to reduce its climate footprint.

At present, there are only two well established aeronautical companies in the world that manufacture large size passenger aircraft. These are Boeing of the United States (US) and the multinational European corporation, Airbus. Boeing, with its corporate headquarters in Chicago, has been the premier manufacturer of airliners for decades. Currently, around 10,000 airliners produced by the company, which constitutes nearly half of the global fleet, are in service with airlines across the world. The company manufactures a series of airliners which include the Boeing 737, 747, 767, 777 and 787 families. New products of the company include the Boeing 787-10 Dreamliner, the 737 MAX, and the 777X.

Airbus, an European multinational aerospace corporation with its headquarters in Leiden in the Netherlands, has designed, developed and manufactured large size airliners apart from a variety of other aeroplanes, that are used worldwide. Airbus has more than 20 manufacturing sites, each producing and/or assembling different parts of the aircraft that are subsequently shipped to the final assembly lines where the complete aircraft takes shape. If the consideration is the number of aircraft delivered, then Airbus occupies the top slot as the largest airplane manufacturer in the world. Airbus has 12 final assembly lines at five locations globally, including in Toulouse in France that has two final assembly lines for the singleaisle A320 Family, along with one each for the wide body A330 and the A350 airliners.

The Boeing TTBW airliner currently under development, is expected to take to the skies around a decade from now. This fleet of new generation airliners will eventually replace the Boeing 737 family of airliners.

Apart from the two major players on the scene described above in brief, other up and coming manufacturers of passenger airplanes include the Chinese firms Comac and Xi’an Aircraft Industrial Corporation, Mitsubishi of Japan, the United Aircraft Corporation (UAC) of Russia, Embraer of Brazil, ATR Aircraft of France and Antonov of Ukraine. The global airline market today for both narrow and wide body airliners is dominated by Boeing and Airbus while the major players in the market for regional airliners are Embraer and ATR Aircraft of Europe.

Every new model of airliners introduced into service over the years across the globe by Boeing and Airbus, the two leading manufacturers in the world, does carry significantly improved features. However, it is only after considerably long gaps that airliners with major technological advancements appear on the scene and are commissioned into service. Based on the experience so far, it appears that the focus of the global airline industry for the next generation airliners will be on technologies that will enhance not only operating efficiency of airliners, but also strive to achieve near zero levels of emission from engines that power airliners in the future. To achieve this aim, Boeing is embarked on developing a truly next generation platform that will redefine the concept of designing an airliner. In the pursuit of this objective, a project was conceived by the global aerospace major as far back as in 2010 and is named as The Boeing Transonic Truss-Braced Wing (TTBW) airliner. This platform features a radically new wing design. The wings are extra long and stabilised by diagonal struts, are much thinner, lighter and far more aerodynamically efficient, offering much lower drag as compared with the wings of any airliner currently in service. The engines powering this platform will be more efficient as compared to power plants currently in use and is expected to offer reduced fuel burn by around ten per cent. 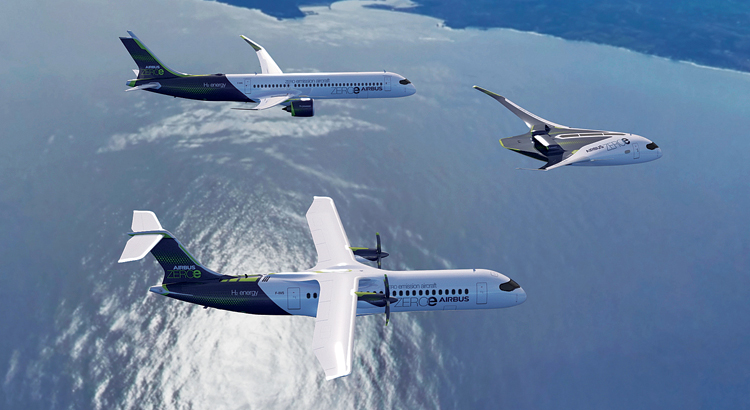 Boeing has launched the project to develop this new platform in collaboration with the National Aeronautics and Space Administration (NASA). This is an independent agency of the US federal government that is responsible for the civilian space programme as well as research in the domain of aeronautics and space. Currently, the project is in an advanced stage of testing and evaluation in flight. The Boeing TTBW airliner currently under development, is expected to take to the skies around a decade from now. This fleet of new generation airliners will eventually replace the Boeing 737 family of airliners that currently dominate the scene.

Airbus is also not far behind in the development of airliners that will have a new and far more efficient wing design and very low level of emission from its engines. In fact, the company is pursuing the development of engines for airliners in the future that will offer zero emission levels by use of hydrogen instead of fossil fuels. The company has released three innovative designs for aircraft to be developed in the future. While this concept of alternative to fossil fuel certainly appears to be the right step to achieve the objective of preventing engines of airliners from releasing pollutants into the atmosphere, the project is still in an experimental stage and has a long way to go before it could become a reality.

The three next generation airliners aircraft are planned to serve different segments of the market. One will serve as a replacement for the narrow body airliners that are currently operational. The next generation narrow body airliner will have a capacity of up to 200 passengers and an operating range of more than 2000 nautical miles. The second aircraft is a replacement for regional airliners that will be capable of carrying up to 100 passengers. These two aircraft will offer efficient replacements for the current market needs, which will be important to convince airlines to purchase them. The third aircraft will be the replacement for the Airbus A380 Super Jumbo which is the largest passenger carrying aircraft in the world today and was developed to challenge the dominance of the Boeing 747 in the long haul market. The Airbus A380 that was designed to be a game-changing aircraft, has unfortunately not been very successful and is now fighting to survive. As the future of this airliner is somewhat uncertain, Airbus is currently in the process to replace this platform with the A350 which has entered service recently and is a platform with next generation technology. The A350 will now be the largest passenger aircraft from Airbus that has been operationalised recently and it appears that it will be the company’s flagship platform in the years to come.