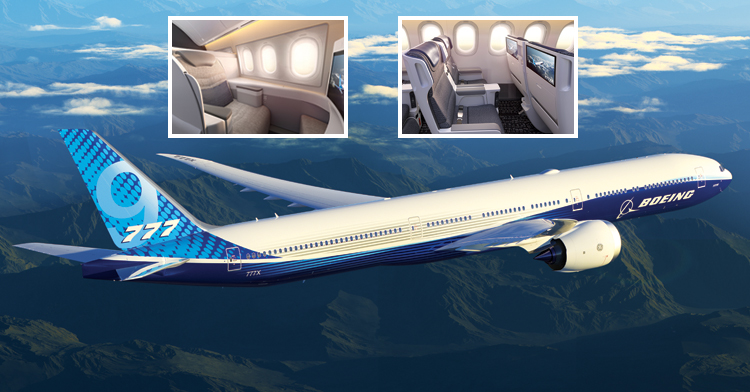 Boeing 777X, the world’s largest and most efficient twin-engine jet with stunning interiors, made its international debut at the recently held Dubai Airshow.

Giving away the much awaited anticipation, Boeing’s 777X made its international debut at the Dubai Airshow. Boeing’s newest fuel-efficient widebody jet, the 777X, builds on the best of the industry-leading 777 and 787 families. During the first flying day of the airshow on November 14, 2021 a Boeing 777-9 flight-test airplane took to the skies. The 777-9, the larger of the two planned 777X variants, will be the world’s largest and most efficient twin-engine jet, delivering 10 per cent better fuel use, emissions and operating costs than the competition, boasts the manufacturer. Apart from featuring in flying programme, the airplane was also on static display.

The 777-9 flight test airplane made a nearly 15-hour nonstop flight from Seattle’s Boeing Field to Dubai for the show. This was the first international flight and longest flight up until now for the 777X while it is undergoing a meticulous test programme.

The front fan of the engine is made from 16 fourthgeneration, carbon-fiber composite fan blades

The 777X family holds a total of 351 orders and commitments from eight leading customers around the globe. The customers include all Nippon Airways, British Airways, Cathay Pacific, Emirates, Etihad Airways, Lufthansa, Qatar Airways, and Singapore Airlines. The first delivery of the airplane is expected in late 2023, slipping from its earlier expected target of 2020. Boeing is waiting for approval from the FAA (Federal Aviation Administration) to begin formal type-certification testing of the aircraft. 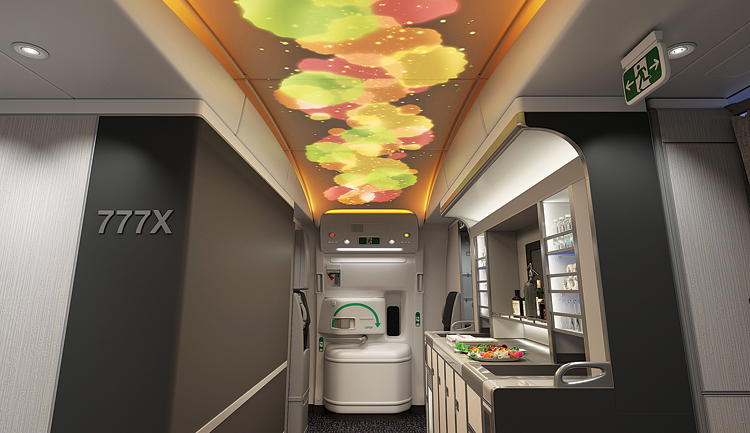 However, Boeing chief executive, David Calhoun, had said in October while presenting the company’s latest financial results, “The airplane is performing well and in line with our customer commitments based on the data we’ve collected to date.”

The 777X programme was launched at the 2013 Dubai Airshow with Emirates, Etihad, and Qatar Airways among the launch customers in what Boeing claimed was the largest ever product launch in commercial jetliner history by dollar value.

The 777-9, the larger of the two planned 777X variants, is expected to deliver 10 per cent better fuel use, emissions and operating costs than the competition, boasts the manufacturer

Being billed by Boeing as the biggest and best of the whole product line, 777X has a unique folding wing feature or the folding wing tip. The wing bends up at a right angle to let the wide body scrunch into tight docking spaces at airports. By design, the 777X also features GE9X technology, a balanced design approach, advanced connectivity, 777X touchscreens, fresh flight experience, all-new-composite wing, wider cabin and larger windows.

The airplane landed propelled by a pair of GE9X engines from GE Aviation, which the engine manufacturer claims to be the largest and most powerful commercial jet engine ever built. The larger 777-9 version of the 777X can take 426 passengers 7,285 nautical miles, or 13,500 kilometers. While the 777-8 version of that jet is designed to carry 384 passengers 8,730 nautical miles, or 16,170 kilometers, enough to fly nonstop from New York to Auckland, New Zealand.

“The GE9X engine, which GE Aviation started testing in 2017, is one of the plane’s innovations. The engine can supply 134,000 pounds of thrust, more than the rocket used in America’s first manned space flight,” GE highlighted.

The front fan of the engine is made from 16 fourth-generation, carbon-fiber composite fan blades. The material allowed engineers to stretch the fan’s diameter to a whopping 11 feet in diameter — as wide as the body of an entire Boeing 737. The engine also has parts made from advanced materials like lightweight and heat-resistant ceramic matrix composites, and components made by advanced manufacturing technologies like 3D printing. 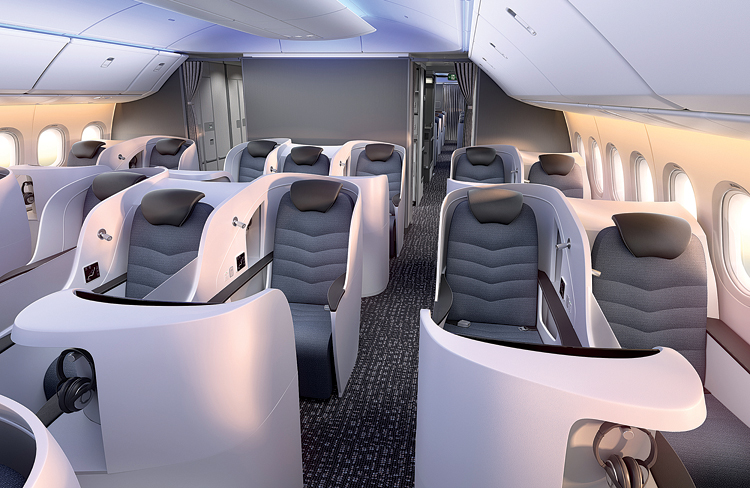 Additionally, GE is also supplying Boeing with the plane’s common core system (CCS) and has closely worked with the airplane manufacturer as the provider of the electrical load management system (ELMS), backup generator and backup converter for the Boeing 777X. The new power generation system produces twice the power generation of the current 777 system, while the ELMS controls 30 per cent more power.

OTHER FEATURES AT THE SHOW

Apart from the 777X which has received the maximum share of attention, Boeing’s growing autonomous capabilities such as the Boeing Airpower Teaming System also made the debut at the Dubai Air Show (DAS). The company’s static display also featured the 2021 Boeing ecoDemonstrator, an Alaska Airlines 737-9 that is flight testing about 20 technologies to reduce fuel use, emissions and noise and further improve safety.