While the official announcement is awaited, reports indicate Tata Sons emerging as the new owner of Air India. 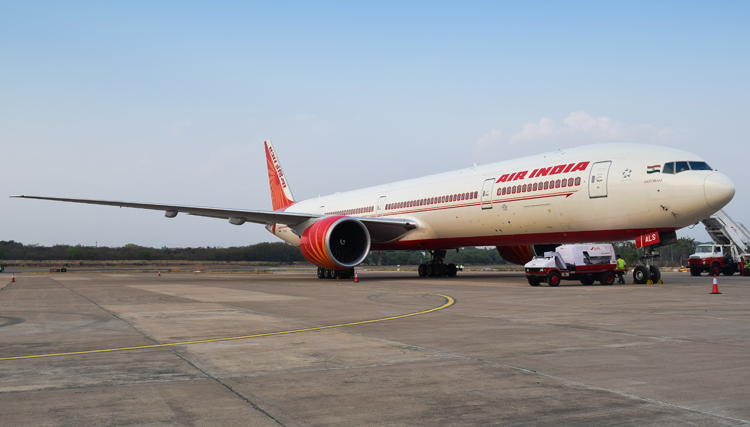 The central government invited bids for 100 per cent stake sale Air India on January 27, 2020. The official announcement about the final results is awaited from the government.

Tata Sons are reportedly the frontrunners in Air India's disinvestment bid. While the official announcement is yet to arrive, people in the aviation are affirming the instance.

"Media reports indicating approval of financial bids by Government of India in the AI disinvestment case are incorrect. Media will be informed of the Government decision as and when it is taken," tweeted Secretary, Department of Investment and Public Asset Management (DIPAM).

However, reports erstwhile believe Tata sons to be the winners already with just final formalities remaining. The official decision is expected to come in the next few days and the handover of the airlines is likely by December. The political approval is expected to happen first by Air India-Specific Alternative Mechanism (AISAM) and then by the Union Cabinet. The AISAM is an authorised group of ministers consisting of Home Minister Amit Shah, Finance Minister Nirmala Sitharaman, Commerce Minister Piyush Goyal and others.

"Media reports indicating approval of financial bids by Government of India in the AI disinvestment case are incorrect. Media will be informed of the Government decision as and when it is taken," tweeted Secretary, Department of Investment and Public Asset Management (DIPAM).

SpiceJet chairman Ajay Singh is also reported to be a contender against Tata Sons.

The History Behind This story

The win by Tatas is remarkable mainly for the history that the conglomerate has with the national carrier. The airline was originally founded by JRD Tata, who also piloted the first flight that initiated Indian aviation in 1932. The carrier was then sold to the government in the 1953. 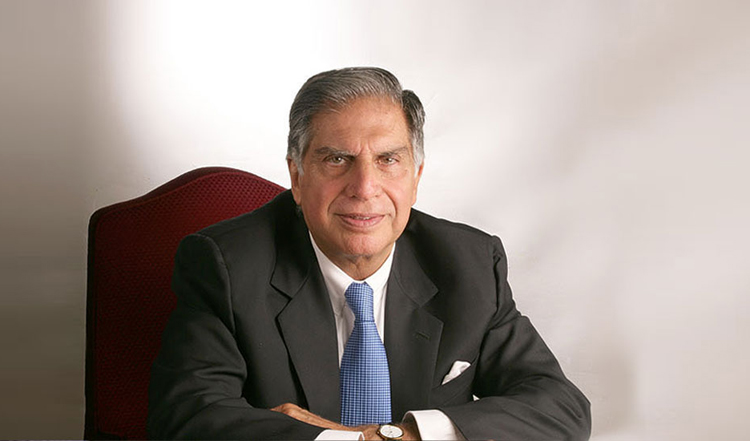 In picture: Ratan N Tata, Chairman Emeritus; Executive Chairman of Tata Sons.
Air India was founded by the Tata Group in 1932, and was nationalised in 1953. If the carrier returns to the Tatas, they have a strong chance to become the second largest player in the Indian domestic aviation market.

To appease the deal, the government had also offered to sell off liabilities worth nearly 40,000 crore. 100 per cent stake in Air India, a 100 per cent stake in AI Express Limited (AIXL) and the government's entire 50 per cent stake in AI-SATS is on the table for the buyer. This implied that the new buyer would have a total of 146 aircraft, 56 per cent of which are owned by the airline group, while the remaining are on lease. The buyer will also benefit from 50 per cent of the international market share held by Indian airlines as well as AI's 4,400 airport slots at airports in the country and 3,300 slots in other countries, over 9000 permanent employees (pilots and cabin crew).

The airline was originally founded by JRD Tata, who also piloted the first flight that initiated Indian aviation in 1932. The carrier was then sold to the government in the 1953.

This is the government's second attempt in two years at privatising Air India.In 2018, the government had made an unsuccessful bid to sell Air India to prospective buyers for the first time as there seemed to be too much debt but too little in terms of assets, and too much task in terms of control. At that time the government wanted to retain a 24 percent stake in the national carrier.

In the new bid, things were different as except for four Boeing 747 aircraft used for VIP operations, all the aircraft would be with the buyer. Air India artifacts, paintings, key buildings like the Air India Building at Nariman Point in Mumbai and the headquarters building in central Delhi are also being kept aside. The hotels owned by Air India under the Centaur brand, 100 percent stake in Air India Engineering Services Ltd (AIESL), will be chipped out of the Air India Limited prior to the sale. The amount of debt to be taken over by the prospective buyers has also been cut down by Air India. The combined debt of Air India and Air India Express is 60,074 crore. The last time around it was expected that 33,392 crore would be taken over by Air India's prospective buyers. This time, the amount to be taken over is 23,286 crore.

The government will absorb 56,334 crore in liabilities, including 36,670 crore of debt. These have been transferred to a special vehicle known as Air India Assets Holding Limited (AIAHL), which will also comprise real estate and other assets worth 17,000 crore. The bid document also states that the existing FDI (foreign direct investment) policy, which allows a foreign airline to buy up to 49 per cent in Air India will continue to apply.

Air India mentions in the Preliminary Information Memorandum (PIM) that they own 56 percent of the fleet and other airlines don't own as many aircraft as they do. However, many years ago the market shifted from owning aircraft to leasing them. The owning of these aircraft has been a major reason due to which Air India has many old aircraft in its fleet. These older aircraft which have not been replaced by newer ones are not as fuel-efficient and faster as the newer aircraft, which is a drawback for the national carrier.

The issue with Air India's fleet for the prospective buyer is that it is not as efficient when it comes to seating and fuel cost. Although most of Air India's aircraft were built for 25 years or more of operation, but they are almost on the back of older technology in the current situation. Air India's buyer would ideally have to replace these aircraft which means that the buyer would have to double down on getting new aircraft, or risk paying up to 15 percent more per flight operation in comparison to the current generation aircraft. Air India's cost per available seat kilometer for September 2019 quarter was 4.8 during FY2019.

Although most of Air India's aircraft were built for 25 years or more of operation, but they are almost on the back of older technology in the current situation.

In addition to that the airline has not been making great profits in the recent past. According to Directorate General of Civil Aviation (DGCA) report, the market share of Air India in December 2019 was 11.9 percent.

The new owner will also encounter hurdles in terms of dealing with Air India's massive headcount. The carrier reportedly has about 1,500 trained pilots and about 2,000 aircraft engineers to take care of the fleet. Moving from the work culture of a public sector undertaking under the government to meeting the expectations and work standards of a private sector owner will also be an area that might attract some friction.

However, despite that Air India's addition to its aviation portfolio will be a significant upper hand for the Tata Group's international operations. As per the reports, it will get access to 1,800 international landing and parking slots at domestic airports and 900 slots at airports overseas, in addition to 4,400 domestic slots.

Air India was founded by the Tata Group in 1932, and was nationalised in 1953. The group has evinced interest in acquiring the airline on multiple occasions earlier as well.

The Tata Group has also been putting in constant efforts to expand its operations in the Indian aviation industry even apart from Air India.Earlier this year the group had announced the increase of its stake to about 84 percent in the budget carrier, AirAsia India [Tata's joint venture with AirAsia (Investment) Limited, Malaysia]

The consolidation can also take place with all the three lines being merged under one brand, all of which though depends on number of factors.

Tata also operates the Vistara airline in partnership with Singapore Airlines, owning a 51 percent stake in the full services carrier.

In one of its report in the beginning of this year, aviation consultancy firm, Centre for Asia Pacific Aviation (CAPA) Indiahad highlighted some trends that the Indian aviation industry was likely to witness. One of the important points put forth by CAPA India was that the Indian airlines industry is heading towards consolidation and it could result in a 2-3 airline system in the near to medium term.The Tata group indeed presents a probable proof for this prediction to see the light of the day.

If Air India returns to the Tata Group that had sold the airline to the government over six decades ago, the Tatas have a strong chance to become the second largest player in the Indian domestic aviation market. Tatas are also likely to exploit the opportunity to gain monopoly on international routes. Ever since the Jet Airways ceased operations, the space for an Indian carrier remains significantly absent in the international routes. However, Jet is also gearing up to return next year. It will be interesting to see how the new dynamics take off.

In a report last year, the Directorate General of Civil Aviation (DGCA) had also stated that if the Tatas bag Air India and eventually consolidate their aviation interests, their likely domestic market share would be about 23 percent, making it a formidable number two in the Indian aviation market.

The consolidation can also take place with all the three lines being merged under one brand, all of which though depends on number of factors including the COVID-19 situation, routes available, the balance sheets, agreement with the Singapore Airlines, the government, etc. If the consolidation takes place, the Indian aviation can transform from a six player industry to a four-player one comprising the Tatas, IndiGo, SpiceJet and Go Air. "A strategic consolidation among Indian airlines is inevitable and could result in the total number of airlines coming down from six," CAPA India had stated.

While the Tatas will gain a strong position in the sector if the acquisition of Air India comes through, it will be quite a challenge for them to navigate the three especially when Vistara and AirAsia India have together lost around $845m through March this year, according to the Centre for Asia Pacific Aviation (CAPA), with Covid-19 exacerbating the challenges facing the airline industry.