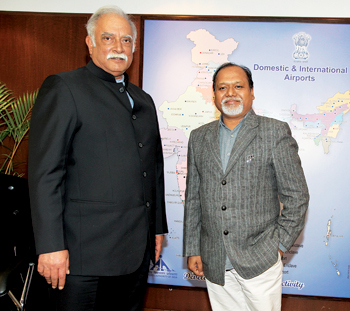 Jayant Baranwal, Editor-in-Chief of SP’s AirBuz (accompanied by Neetu Dhulia) had an exclusive rendezvous with the Union Minister of Civil Aviation, P. Ashok Gajapathi Raju during the second half of January this year. The interaction included wide ranging subjects pertaining to India’s civil aviation scenario. Some of them were the growth factor, 5/20 rule, regional connectivity, general and business aviation, cargo business and also the upcoming National Civil Aviation Policy. Excerpts: