Boeing’s 777X Glides into the Industry

Being claimed as the largest and the most fuel-efficient twin-engine commercial jet, the aircraft is expected to be delivered in 2021 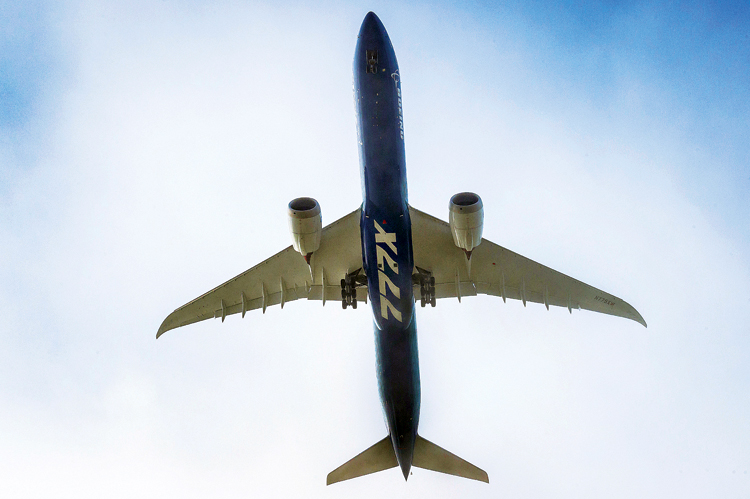 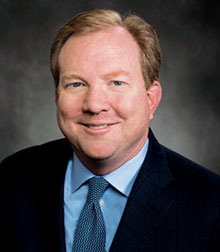 “Our Boeing team has taken the most successful twin-aisle jet of all time and made it even more efficient, more capable and more comfortable for all. Today’s safe first flight of the 777X is a tribute to the years of hard work and dedication from our teammates, our suppliers and our community partners in Washington state and acros the globe.”
—Stan Deal, President & CEO of Boeing Commercial Airplanes.

Imagine if the plane that you are flying in has an engine huge enough to suck the entire fuselage of a 737, jittery right? But isn’t it also exciting to know how gigantic and powerful is the engine of the plane you are traveling in? And if the engine is this big, the plane cannot be just any plane either it has to be the largest twin-engine commercial jet. Coming from one of the biggest names in the industry, Boeing’s 777X is set to write a unique story.

After its programme launch in 2013 followed by a lot of talks around it in the past year, the Boeing 777X finally completed its first successful flight On January 26, 2020. Having successfully taken its maiden flight, the jetliner will now be entering the next phase of its rigorous test programme. Based on the popular 777 and with proven technologies from the 787 Dreamliner, the 777X took off in front of thousands at Paine Field in Everett, Washington, for a 3-hour, 51-minute flight over Washington state before landing at Seattle’s Boeing Field.

“The 777X flew beautifully, and today’s testing was very productive,” said Capt. Van Chaney, 777/777X chief pilot for Boeing Test & Evaluation. “Thank you to all the teams who made today possible. I can’t wait to go fly your airplane again.”

Capt. Chaney and Boeing Chief Pilot Craig Bomben worked through a detailed test plan to exercise the airplane’s systems and structures while the test team in Seattle monitored the data in real-time.

“Our Boeing team has taken the most successful twin-aisle jet of all time and made it even more efficient, more capable and more comfortable for all,” said Stan Deal, president, and CEO of Boeing Commercial Airplanes. “Today’s safe first flight of the 777X is a tribute to the years of hard work and dedication from our teammates, our suppliers and our community partners in Washington state and across the globe.”

The first of four dedicated 777-9 flight test airplanes, WH001 will now undergo checks before resuming testing in the coming days. The test fleet, which began ground testing in Everett last year, will endure a comprehensive series of tests and conditions on the ground and in the air over the coming months to demonstrate the safety and reliability of the design. The newest member of Boeing’s market-leading widebody family, the 777X will deliver 10 per cent lower fuel use and emissions and 10 per cent lower operating costs than the competition through advanced aerodynamics, the latest generation carbon-fiber composite wing and the power of the most advanced commercial engine ever built, GE Aviation’s GE9X. 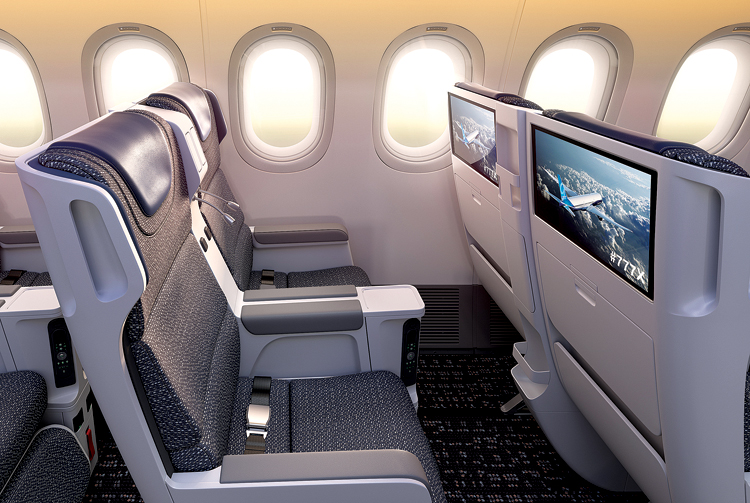 Passengers experience in Boeing’s 777X include a wide, spacious cabin, large overhead bins that close easily for convenient access to their belongings, larger windows for a view from every seat, better cabin altitude, and humidity, less noise and a smoother ride.

The GE9X engine utilises composite materials and 3D printed parts, has a composite fan case and 16 fourth-generation carbon fiber composite fan blades, and ceramic matrix composite (CMC) material in the combustor and turbine. GE Aviation had been designing and testing the GE9X since 2013. The GE9X engine is in the 100,000-pound thrust class and has the largest front fan at 134 inches in diameter. In preparation for this maiden flight, GE Aviation conducted 72 test flights of the GE9X totaling more than 400 hours on its Boeing 747 flying testbed. Till now, the GE9X programme has completed more than 4,100 hours of ground and air testing, as well as 6,500 cycles.

Other key features of the engine include it being a highly efficient next-generation, it having a 27:1 pressure-ratio high-pressure compressor; and a third-generation low emission TAPS III combustor.

What’s more in this jet for the passengers, one might wonder? The new 777X combines the best of the passenger-preferred 777 and 787 Dreamliner cabins with new innovations to deliver the flight experience of the future. Passengers are also up for enjoying a wide, spacious cabin, large overhead bins that close easily for convenient access to their belongings, larger windows for a view from every seat, better cabin altitude, and humidity, less noise and a smoother ride.

The programme has already won 340 orders and commitments from leading carriers around the world, including ANA, British Airways, Cathay Pacific Airways, Emirates, Etihad Airways, Lufthansa, Qatar Airways and Singapore Airlines. Since its launch in 2013, the 777X family has outsold the competition nearly 2 to 1.

While the latest press release from the flight does not talk about the flight deck as much, the earlier years into the making of the jetliner had also specified that Boeing’s innovation in the flight deck would continue with the introduction of touchscreens in the 777X flight deck forward displays.

With touchscreens predominately being put to use in our lives on smarts devices by people around the world on an everyday basis, and pilots already bringing tablets into the flight deck, making the 777X even more intuitive and easy for pilots was thought to be a logical next step by the creators.

“The 777X flew beautifully, and today’s testing was very productive. Thank you to all the teams who made today posible. I can’t wait to go fly your airplane again.”
—Capt. Van Chaney, 777/777X Chief Pilot for Boeing Test & Evaluation.

“We want to design a flight deck that pilots are going to be familiar with and that will provide the best interaction experience for them,” said Mark Nikolic, Boeing Flight Deck Human Factors Engineer.

“We find that touchscreens perform as well as or better than current devices in the flight deck for interacting with the displays” said Brian Gilbert, Boeing Flight Deck Integration Lead.

Boeing’s 777X flight deck hardware is capable of supporting multiple touchpoints. This means two pilots can simultaneously interact with their half of the lower display.

As the world’s largest twinengined plane, the Boeing 777X, completed its first test flight successfully, the talks about Boeing 737 Max are also making rounds. This success is also being looked at by many as a strong step to upraise the company’s image after its 737 Max aircraft was grounded last year as a result of two major fatal crashes that happened within five months of each other and that took the lives of 346 people. The first crash occurred in Indonesia in October 2018 and the next in Ethiopia in March 2019. Since this grounding, Boeing has been in crisis as its work has been severely impacted across the globe after these incidents. It is estimated that Boeing has already suffered a cost of more than $9 billion as the 737 Max was Boeing’s best-selling plane. The manufacturer is still under investigation in the middle of accusations over the safety. Boeing is blamed to have compromised safety and to have rushed to get its jets to customers. Constant attempts are on by Boeing to prove 737 Max being error-free and to have the plane re-approved for flight.

While in this scenario, the entry of Boeing 777X might help the American manufacturer in regaining the confidence and trust of its clients as well as the customers but the clouds of doubt still remain in people’s mind regarding Boeing in the light of these unfortunate crashes. Further tests are still required for Boeing 777X before the aircraft enters service with Emirates next year and till then Boeing can only wish to have the faith back and fly high to success with this unique twin-jet.